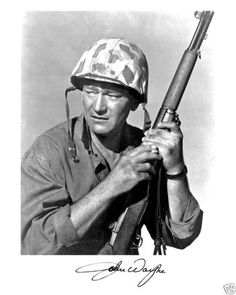 “In my opinion, the M1 Rifle is the greatest battle implement ever devised,” General George S. Patton.  General Patton was, of course, speaking of mighty M1 Garand Rifles used by our servicemen in the defeat of Nazi Germany and Imperial Japan; additionally the M1 Garand was utilized in securing the freedom of South Korea from communist domination.

South Korea recently attempted to return and sell 850,000 M1 Rifles to American citizens This effort was blocked by the Obama Administration. An official from the South Korean Ministry of National Defense was quoted in the Korean Times stating, “The U.S. insisted that imports of the aging rifles could cause problems such as firearm accidents…” This excuse is simply ridiculous in light of the fact that our government sells this same rifle to Americans through the Civilian Marksmanship Program, as well as providing training in its use.

These great rifles serve as reminders of some of the greatest moments in American history.

American GIs clawed their way up Omaha Beach with this rifle in hand. With the M1 Rifle, Marines blasted their way across the sands of Iwo Jima and up the tortured slopes of Mt. Suribachi to raise the American Flag. Five years later, with these same rifles, they cut their way through 60,000 Communist Chinese to escape the frozen hell of the Chosin Reservoir. With this rifle, Americans crushed the murderous forces of communism and socialism and secured the freedom of tens of millions of people. As it stands now, Americans are being told by the President’s administration that we can’t own these rifles because there might be “firearm accidents”! We are Americans!, and the only “accident” we need to concern ourselves with is the election of a man who does not honor the Constitution he swore to “uphold and defend” or the Bible he placed his hand on when he stated that oath.

The M1 Garand was developed and produced with American tax dollars. There is no Constitutional, practical, or moral reason why American citizens should be prevented from having the opportunity to purchase a piece of our American history. Our fathers fought and saved, lived and died, with these rifles in their hands. These are our rifles!